Female political history, prostitution, domestic violence, practises of separatism and political pressure against LGBT. Those are  significant  topics for contemporary political gender situation in Russia, which my work respond to.

Invitation Politix: open to all 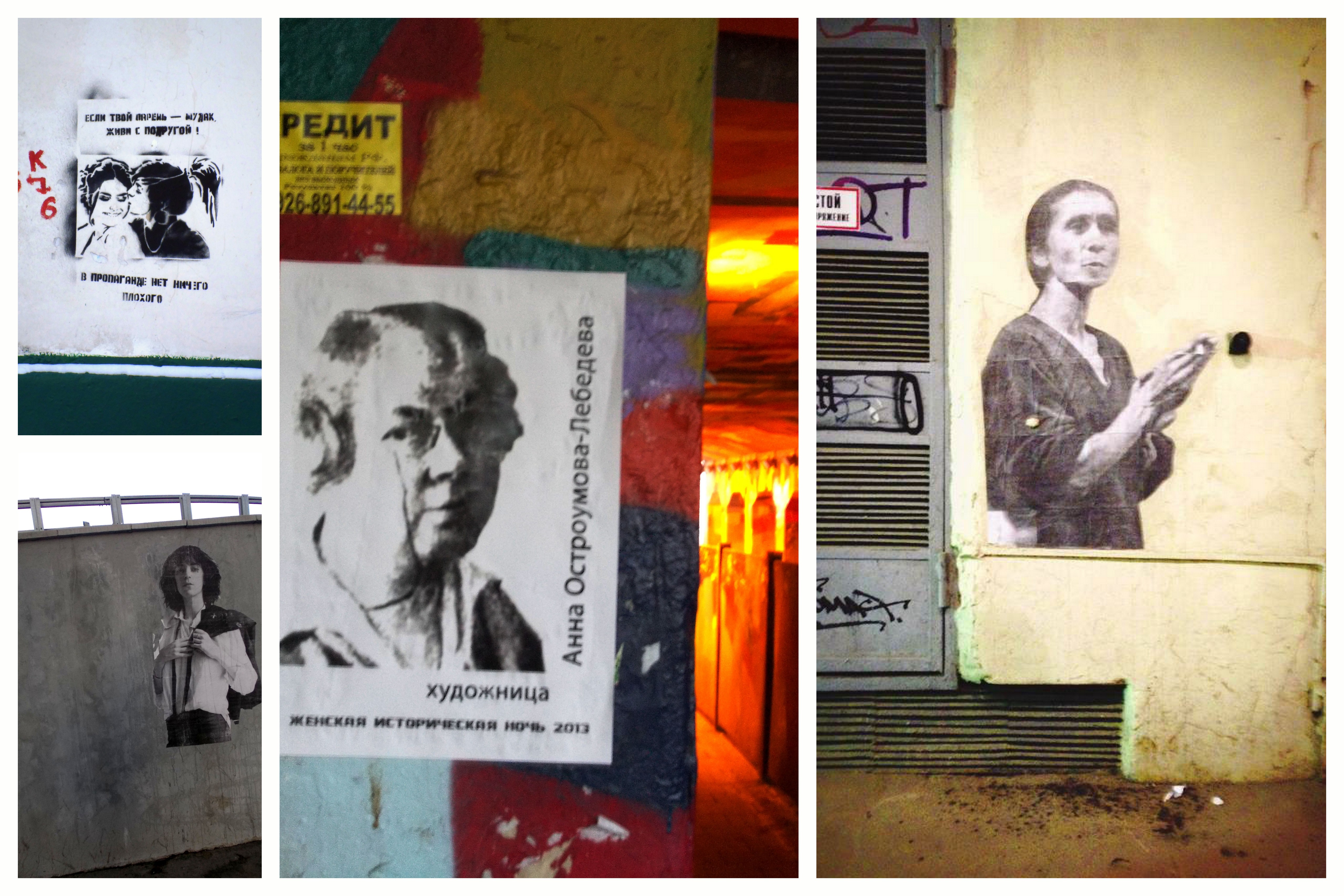 My stencil project is named «Prostitution Is Not…». It was made as an art/political protest against buying women. The visual part consists of redesigned pictures from a free magazine called «Flirt» that is distributed in Russian cities and of the prostitutes’ direct speech cited in the research by Natalya Khodyreva.

My political position is neoabolitionism which means that I think that the main cause of prostitution is gender inequality. That is deeply rooted in gender socialisation and patriachal attitude to women as secondary humans, objectes for sexual plesure and alienated Others. The purpose of my project is not to question or devaluate the experirnce of those women and men who works in prositution by their on will and enjoy their work. My purpose is to bring into focus that if prostitution is based on free female/male choise, it will never be so wide spread, so opressive and so full of violence as it is now. The prositution itself comes out from male demand for not just sexual service but, more importanly, from demand for power over human being’s body and personality.

My project is political and personal. Athough I have never worked as regular prostitute or street prostitute, I was in personal relationships with men who assured me that «it’s normal for a women to exchange her sexual abilities for economical security or higher social status, that’s for women were made for». My marriage partly worked as a very prevelaged, but still, prostitution. That was very hard and destoying experirnce for my peronality and it takes me years to be finally able to talk about that.

«Narodniki-women»  is a project about female political HERstory: stencil-portraits of six female russian  activists from the movement «Narodnaya volya» («The Will of People»). They are (in the order of arests): Vera Zasulitch, Sofya Perovskaya, Vera Figner, Ekaterina Breshkovskaya, Maria Spiridonova, Irena Kahovskaya. Portrats are signed with the name and the short refenece about how that women  was repressed by goverment for her political actions. Altough neither of those women were  feminists, female political activism in ХIХ and early ХХ century in fact ment double political protest — against the goverment and against the traditional power of fathers and husbands. Narodniki-women chose very uncastomary personl strategies. They leaved homes and renounced support of their rich and prevelaged fathers and husbands; worked hard in schools and hospitals for poor peasants and fought for freedom. I have made project about them cause I wanted to learn from them myself and I want women to know and reclaim our  political background.

Last year laws «against homosexual propaganda» were adopted in several Russian regions. Now a similar law is being discussed in the federal parliament. The law means de facto increasing stigma and homophobia in society as any information about LGBT or Queer can be treated as «propaganda». The usual stategy of defence for LGBTQ-activists is to point out that «homosexual propaganda» does not exist. The fact is that actually propaganda does exist, but for our society that means real and agressive heterosexual propaganda, dictating women to choose only men as partners. Any relationships between women from frendship to romantic love are usually devalued as «not real» or «not so important». We decided to question that and produce the slogan for our stencil: «If your boyfrend is a dick, live with a girl. There is nothing bad about propaganda».

Everyday reality for women in Russia is that every fourth woman is beaten by her husband or partner. As one of the survivors, I have decided to visualise the abstact statistics with a drawing of a house with many windows. Red windows are those where violence happened. The last stencil has a hotline number for those who suffer from domestic violence.