The population of Ukraine is 45 millions. 45 % of them male, rest of them are women. Despite its natural dominating women are less visible, admired or successful in Ukraine. There are only 10% of women in Ukrainian Parliament ‘Verkhovna Rada’. Who are they? How did they become deputies? What laws do they support?

The aim of the report is to analyse social, cultural and private portraits of women in the

Everybody knows the story of Saint Mary, the mother of Jesus. Marriage with Joseph, message from angel, childbirth, mother’s duties, tragedy of her son’s death. We tried to consider her life as ordinary woman’s story you can read in an ordinary women’s magazine. She’s never made her own choice and told her point of view. All events in her life were defined by somebody, man or spirit, it doesn’t matter. So she was the perfect speechless incubator for the son of God.

Besides we also tried to suppose what would happen if one day she decided to leave her husband and to exchange her paradise-life on very-very long life on the sin Earth.

So, nowadays. One evening, one bar, one girl. Abandoned by her boyfriend she tells barwoman her sad usual story. Old barwoman answer her own usual story. And suddenly girl starts to understand that this is not just barwoman. This is Virgin Saint Mary, who left Joseph many years ago. 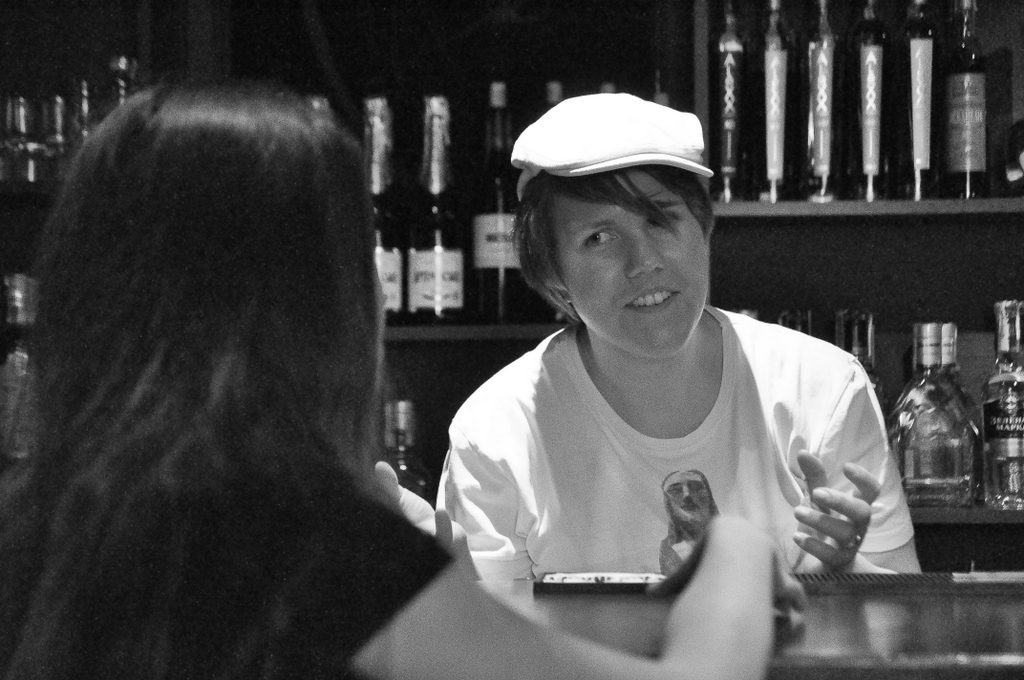 Invitation politix: Open to all